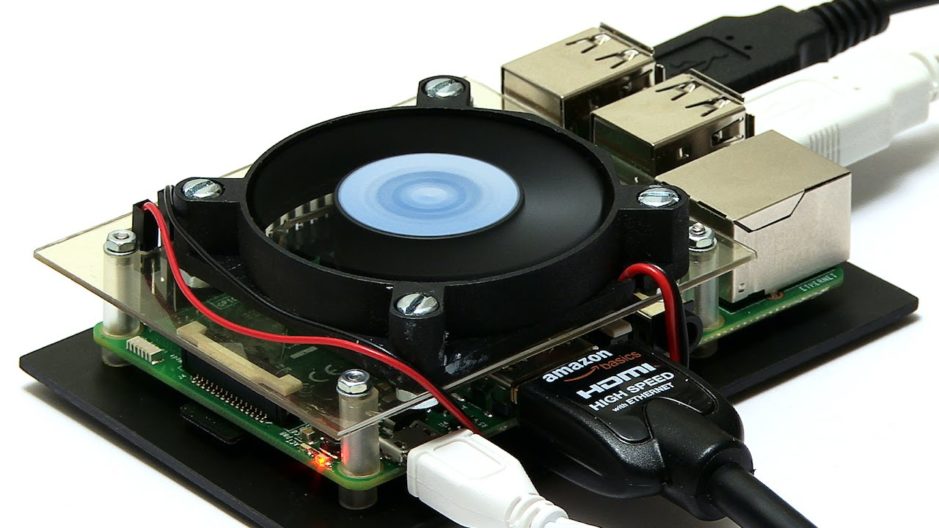 Following many requests from the community to improve the performance of the Raspberry pi 3 we decided to write a tutorial to teach you how to overclock a Raspberry pi 3.

Why overclock a Raspberry Pi 3?

If the Raspberry Pi 3 has greatly improved the power of the processor compared to previous models, it may still be insufficient for some uses.

By overclocking your Raspberry Pi, you will be able to improve its performance even further and allow the processor to reach 1.5 GHz frequencies, compared to only 1.2 GHz by default.

The power thus recovered can for example be useful when it comes to improving the fluidity of games a little too greedy, such as Minecraft, or even when playing videos.

The hardware needed to overclock the Raspberry Pi 3

While the changes to overclark a Raspberry Pi are essentially software, these changes nevertheless have a real impact on the physical level that should be taken into account.

First important point, increase the computing power of the processor leads to a risk of overheating, which could be dangerous for the Raspberry Pi, but also everything around it, since some have been able to measure heat peaks to nearly 100 ° C!

Second point to take into account, increase the computing power of the processor also leads to an increase in its power consumption, which could be problematic if the power supply of the Raspberry Pi is not good enough.

If you want to overclock your Raspberry Pi you will need to equip yourself with two essential accessories:

There are cases for the Raspberry Pi specifically designed to use a fan and supporting the addition of heatsinks.

With these few precautions, you should be able to overclock your Raspberry Pi safely.

Modify the configuration file to overclock the Raspberry Pi 3

Now that you have all the material on hand, let’s get down to business!

To overclock the Raspberry Pi 3, we will modify the file /boot/config.txt, which contains a number of settings loaded at startup of the Raspberry Pi and to determine its behavior, including the use of the processor.

In order to modify this file, you must therefore start a terminal window on your Raspberry Pi, and type the following command:

Now that the file is open, you will need to edit it to contain the following lines:

Note that some lines probably already exist in different versions, in which case modify them, and make sure they are not commented on (ie the line does not start with one #).

Last step, all you have to do is restart your Raspberry Pi with the command reboot.

Check if overclock is enabled

Once your Raspberry Pi has finished its restart, all you have to do is check that it is overclocked.

To do this, simply run the command lscpu, which provides information on the processor. If you find a value of 1500 for CPU max MHz, congratulations, you just overclocked your Raspberry Pi 3!

Small bonus for those who would like to improve the performance of their Raspberry Pi 2, or other older models.

This time, the manipulation is much simpler, since you will be able to use the GUI raspi-config. Proceed as follows:

In a terminal on the Raspberry Pi, issue the command sudo raspi-config

Select the option Overclock, a message informing you about the dangers of overclock appears, makeok

Choose the overclock that suits you (for example 1000MHz). A message informing you of the change appears, makeok

Choose Finish, a message will ask you if you want to restart, do ok.

That’s it, your Raspberry Pi is overclocked.

You now know how to overclock your Raspberry Pi 3, and you just have to enjoy this little boost of power.

However, do not forget that this practice causes the Raspberry Pi to heat up considerably, which can reduce its life. If you want to limit the risk of crash and destruction, equip yourself accordingly!

Also note that you can further configure the CPU usage. You will find all the parameters usable here on the site of the foundation.