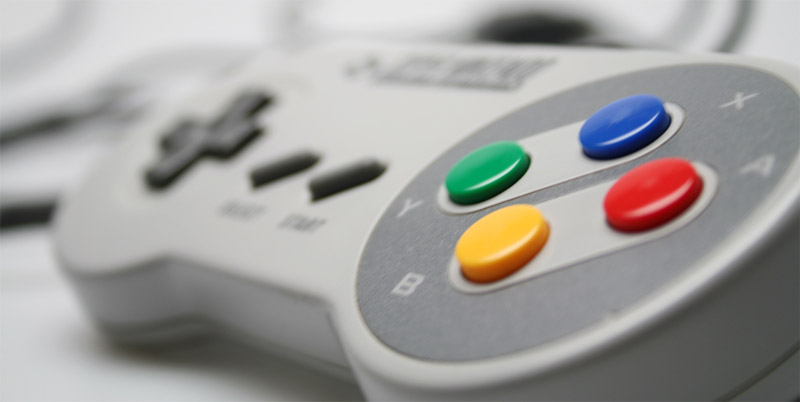 We have never addressed the subject and yet the retrogaming and the emulator have an important place in the Raspberry Pi community! Today, we present a system that regroups several emulators under the same distribution, Recalbox. Everything you need to rediscover your old games with your Raspberry Pi!

Recalbox is a distribution intended for retrogaming (for those who do not know the phenomenon, it is to use an emulator to play old video games), created from scratch by Mathieu alias DigitalLumberjack, a French developer.

Retrogaming within the reach of all

The advantage of Recalbox is its simplicity of installation and use. In just 5 minutes your Raspberry is ready for many hours of emulation and retro-gaming.

In addition, Recalbox has the advantage of offering many emulators in a single distribution. So, it’s no less than thirty consoles that become accessible, from the simple arcade terminal to the PS1 emulator (PlayStation 1 for the youngest of you)

An emulator compatible with controllers

Always for the sake of simplicity, Recalbox has the great advantage of supporting natively most controllers, allowing you to discover your favorite games as on a real console.

At the level of the controllers, there is for all tastes, from the most modern to the oldest!

We have tried a joystick of arcade terminals, great for playing Pokémon!

In the same way, you can also use your PS4 controller if you have one!

Finally, for those of you who prefer pure retro-gaming with vintage controllers, you can turn to replicas of NES controllers in USB or joystick of arcade terminals

Note that you will be able to play several thanks to the 4 USB ports of the Raspberry Pi 3, the top for an evening retro-gaming with friends!

The equipment needed to make the Pi an emulator

If you want to play in good conditions, you will need the following to install Recalbox on your Raspberry Pi and make it a great emulator!

First, you will need a Raspberry Pi 3 (which you can find here). With its improved performance compared to previous versions, it will ensure you fluid parts.

Then you will need a MicroSD card of at least 16 GB (available at good price here). This point is very important, with us the system could not boot properly on an 8 GB card.

Obviously, you will also need the power supply like this one of the Raspberry Pi!

If you did not have one, you will need a keyboard to install recalbox (this one will do the job).

This is not mandatory, but we advise you to take a controller (we strongly recommend the Xbox 360 controller) like this one on Amazon, the game with the keyboard being all the same much less pleasant.

Moreover, you should consider taking a case, to protect the Raspberry Pi and make the installation a little more aesthetic! Our favorite is this one

As usual, unless you already have one, you will need a screen! We chose to build a small arcade terminal with the official screen of the Raspberry Pi and its cardboard! wich you can find here With a little DIY and the box of the official touch screen, you can build yourself a real small terminal of arcade!

Installing Recalbox on the Raspberry

At the installation level, Recalbox opts for a simple solution.

Indeed, you will only need to download the OS on the Recalbox Github. On the microSD card side you will need to format it in FAT32 format. Once it is done and the download finished, you only have to decompress the recalboxOS.zip file and transfer its contents to the root of the microSD.

Once this is done, insert the card into the Raspberry Pi, connect it to your screen and then to your power supply!

The installation will then start automatically. You can change the language using the mouse or by pressing the “L” key.

At the end of the installation, you will be redirected to the home screen with a nice background music from Zelda.

Your Raspberry Pi is now a superb emulator of GameBoy Color, Super Nintendo, and many more, all you need for long hours of gaming!

Overclock your Raspberry Pi for a fluid retrogaming

To fully enjoy the capabilities of your Raspberry Pi 2 or 3, you have an interest in overclocking it.

To do this, just go to the settings of the Raspberry Pi. Recalbox offers a dedicated mode named “Pi2”.

Configuration of the controller

If you use Bluetooth controllers, you will need to configure them. To do this, if you are using a Raspberry Pi older than 3, you need to have a Bluetooth dongle.

For the wired controller of XBOX360 (USB), nothing more simple, plug and play!

The name of the keys is based on a SuperNes controller!

Always in an idea of simplicity and comfort for the user, Recalbox allows you to update the system with a few clicks. To do this, go to “System Options” and then “Update Recalbox”.

After the update is complete, your system will restart automatically!

Important point next to which we could not pass, adding new games to your collection!

to increase the list of available games in your collection of retro-gaming, Recalbox gives us the ability to add ROMs (ie game cartridges).

To do this, simply unzip the file from the ROM and copy the file obtained (.bin, .iso, etc. depending on the console to be emulated) into the folder of the console concerned.

In order to update the list of games, a Raspberry Pi restart is required.

Note that in the folder of each console a file gives you the link of a site or find ROMs.

Playing Working on this emulator, we discovered a feature beside which we had passed. Indeed, it turns out that Recalbox has a web interface giving access to several options.

We have the ability to monitor the system: processor, RAM and disk monitoring.

We also have hands on bios (for emulator), which allows us to add some to run some games.

In addition, this interface allows to manage the ROMS installed on the Raspberry Pi, these are classified by console.

A log and configuration section is available, as well as a section for emulating a virtual controller.

Recalbox is a magnificent retrogamming distribution that will satisfy a lot of people, whether it is a parent willing to share his childhood memories with his children, a games enthusiast wanting to retrace and discover the history of the video game, a fan of retro games Or simply a group of friends wanting to share a good evening around a game from their childhood!

Recalbox actually puts retro-gaming and emulation at everyone’s fingertips. This is for us the best retro-gaming solution currently available on the Raspberry Pi.

A good idea of family activity at Christmas, bring your Raspberry Pi with Recallbox, a few joysticks and make you a family evening around an old Mario Kart!

Do not hesitate to take a look at our article concerning the choice of accessories of the Raspberry Pi, or that on the installation of a media-center!