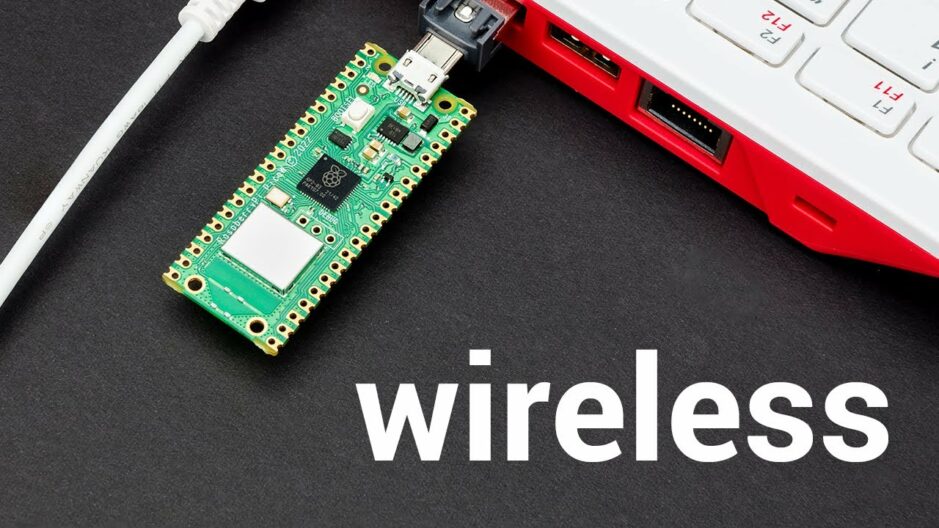 Release of the Raspberry Pi Pico W, a microcontroller with Wi-Fi!

A brief overview of new products and suppliers.

A previous version very well received by the public.

With the release of the first Raspberry Pi Pico, the foundation had succeeded in offering a product that was easy to access, small, powerful, versatile and inexpensive. The Pi Pico therefore met both the needs of professionals wishing to find a turnkey solution to embed a relatively powerful microcontroller, and those of hobbyists wishing to get further into on-board electronics without necessarily having to go through the learning of the C language or designing overly advanced electronic circuits, while offering an even more affordable alternative to the famous Arduino, the de facto in consumer microcontrollers.

Proof that the Pi Pico met a real need, one year after its release the foundation has already sold more than 2 million units, an impressive figure for a product which, despite all its qualities, concerns a community more expert than that of the Raspberry, and a market on which a standard and diversified offer was already widely accessible, unlike the situation encountered when the classic Raspberry Pi was released.

It should nevertheless be noted that this success was probably amplified by the relatively flawless availability of the Pi Pico, in a sector hit hard by shortages of components, shortages of which the classic Raspberry Pi is moreover largely a victim.

With the addition of Wi-Fi, the Raspberry Pi Pico W is more IoT-oriented than ever.

With this new Raspberry Pi Pico W, the foundation is adding a Wi-Fi chip to its microcontroller, thus filling in what seemed to us to be the last major shortcoming of the previous model, by greatly simplifying its use for embedded devices and the Internet. items.

When arriving on the microcontroller board market, it is obvious that the foundation was in competition with the Arduino, which is the historical standard for both hobbyists, makers and hackers, as well as industrialists looking for a versatile and ready-to-use solution. use in microcontroller board.

If the Pi Pico seemed to have everything to succeed (greater power; smaller footprint; lower price; greater ease of use; fewer technical barriers to entry), there was nevertheless another market in which it was late, that of the Internet of Things.

Indeed, on paper the Pi Pico had both a size, a price and a power consumption low enough to be the perfect base for any connected object, but it still lacked one thing, the internet connection… A limitation of even more complex than adding internet to a microcontroller that originally lacked it is far from an easy task.

Historically, the amateur community, but also the industrial community, has often turned for this type of task to the ESP8266 module and its successor the ESP32 , either by using them alone as the heart of the system, or by combining them with an Arduino.

Thanks to the addition of Wi-Fi, the Raspberry Pi Pico W should therefore now not only compete with the Arduino, but also with the ESP32, definitely making it a tool of choice for the creation of connected objects requiring internet access.

On the technical side, how does it work?

Technically, the addition of Wi-Fi was done by adding a CX43439 from Infineon to the Raspberry Pi Pico, which is embedded on the Pi Pico W under a metal shield charged with avoid interference, an important point for professionals because it reduces the costs associated with certification of conformity on radio emissions.

Very interesting point to note, the Wi-Fi chip from Infineon offers support for Bluetooth and Bluetooth Low-Energy. If these features are not enabled at product release, the foundation has indicated that it may enable them in future updates.

On the software side, updates are available now, including a UF2 image with network support for MicroPython users and a Pico SDK update for C developers. guide titled “Connecting to the Internet with Raspberry Pi Pico W” is also available for both languages.

According to these documents, listing the Wi-Fi networks and connecting to them should therefore not take more than ten lines in Python (in C, we imagine that it will probably be necessary to create 300 pointers and organize the transport of each bit per carrier pigeon, an operation therefore relatively simple compared to the fact of writing a helloworld.c without security flaws…).

As usual, the foundation has also taken care to keep the current form of the Pi Pico in order to allow the direct transition from the old to the new version.

A Raspberry Pi Pico H and Pico WH as a bonus, with GPIO connectors already soldered.

Last point to note, in addition to the release of the Pico W, the foundation also released the $5 Pico H which is simply a classic Raspberry Pi Pico with GPIO connectors already soldered to the board, as had been the case for the Pi Zero and the Pi Zero H.

A Pico WH will be available shortly for $7 and will add pre-soldered GPIO connectors to the new Pico W.

What availability should be expected and where can I buy the Raspberry Pi Pico W?

Unlike the classic Raspberry Pi, the Pi Pico W, like its predecessor, was designed and released during the shortage of electronic components, and the foundation seems to have paid particular attention to being able to ensure the production and delivery of these machines. If the past experience of the Raspberry Pi Pico is to be believed, then we shouldn’t have a stock shortage.

As for buying the Raspberry Pi Pico W, you can get it now here at Amazon.